Please fillout the form below and we will call you back

WHY TO CHOOSE INDIA AS DESTINATION OF MEDICAL TOURISM 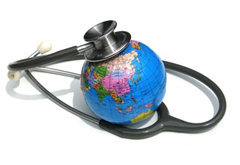 India is one of the oldest civilizations in the world with a kaleidoscopic variety and rich cultural heritage. It has achieved multifaceted socio- economic progress since its Independence in 1947. India has become self-sufficient in agricultural production, and is now the tenth industrialized country in the world and the sixth nation to have gone into outer space to conquer nature for the benefit of the people. It covers an area of 32, 87,263 sq. km, extending from the snow-covered Himalayan heights to the tropical rain forests of the south. As the seventh largest country in the world, India stands apart from the rest of Asia, marked off as it is by mountains and the sea, which give the country a distinct geographical entity. Bound by the Great Himalayas in the north, it stretches southwards and at the Tropic of Cancer, tapers off into the Indian Ocean between the Bay of Bengal on the east and the Arabian Sea on the west. Lying entirely in the northern hemisphere, the mainland extends between latitudes 8°4' and 37°6' north, longitudes 68°7' and 97°25' east, and measures about 3,214 km from north to south between the extreme latitudes and about 2,933 km from east to west between the extreme longitudes. It has a land frontier of about 15,200 km. The total length of the coastline of the mainland, Lakshwadeep Islands, and the Andaman and Nicobar Islands is 7,516.6 km.

India is an exotic tourist destination offering everything from beaches, mountains, cosmopolitan cities, quaint villages and pilgrimages to suit every palate. Rich in history and culture, India has proved to be an oasis in the modern world, providing complete health and wellbeing, while providing the latest in technology, global quality doctors and state-of- the-art hospital infrastructure and still; remaining most competitive in the cost. For tertiary treatment in the modern hospitals and alternate therapy in the wellness centres, international medical tourists throng India. Besides the neighbouring SAARC countries, citizens from Africa and the Middle East frequent India in large numbers. Interestingly, people from the developed countries from Europe and the US also are coming to India for treatment. The issuance of Medical VISA has been in the ascendance trajectory of late. 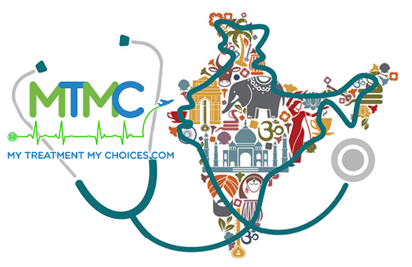 Medical tourism is a growing sector in India. India's medical tourism sector is expected to experience an annual growth rate of 30%, making it a $2 billion industry by 2015. As medical treatment costs in the developed world balloon - with the United States leading the way - more and more Westerners are finding the prospect of international travel for medical care increasingly appealing.

Advantages of medical treatment in India include reduced costs, the availability of latest medical technologies, and a growing compliance on international quality standards, as well as the fact that foreigners are less likely to face a language barrier in India. The Indian government is taking steps to address infrastructure issues that hinder the country's growth in medical tourism. The government has removed visa restrictions on tourist visas that required a two-month gap between consecutive visits for people from Gulf countries which is likely to boost medical tourism. A visa-on- arrival scheme for tourists from select countries has been instituted which allows foreign nationals to stay in India for 30 days for medical reasons.

Confederation of Indian Industry reported that 150,000 medical tourists came to India in 2005, based on feedback from the organisation's member hospitals. The number grew to 200,000 by 2008. A separate study by ASSOCHAM reported that the year 2011 saw 850,000 medical tourists in India and projected that by 2015- 2016 this number would rise dramatically and the projection is witnessing very flattering numbers.

Lower treatment cost does not necessarily mean lower healthcare standards. There are 25 JCI accredited hospitals in India and growing. However, for a patient traveling to India, it is important to find the optimal Doctor-Hospital combination. After the patient has been treated, the patient has the option of either recuperating in the hospital or at a paid accommodation nearby. Many hospitals also give the option of continuing the treatment through telemedicine.

India has four Metro cities Delhi, Mumbai, Chennai and Kolkata as destination of Medical Tourism apart from Bangalore, Hyderabad, Kerala and Pune. The city of Chennai has been termed India's health capital. Multi- and super-specialty hospitals across the city bring in an estimated 150 international patients every day. Chennai attracts about 45% of health tourists from abroad arriving in the country and 30 to 40% of domestic health tourists. Factors behind the tourist’s inflow in the city include low costs, little to no waiting period, and facilities offered at the specialty hospitals in the city. The city has an estimated 12,500 hospital beds, of which only half is used by the city's population with the rest being shared by patients from other states of the country and foreigners. Dental clinics have attracted dental care tourism to Chennai and Bangalore.

India has most of the qualified professionals in each and every field, and this fact has now been realized by the world over. India offers World Class Medical Facilities, comparable with any of the western countries. India has state of the art Hospitals and the best qualified doctors. With the best infrastructure, the best possible Medical facilities, accompanied with the most competitive prices, you can get the treatment done in India at the lowest charges. A patient will come to India where he will undergo medical treatment and along with that he can opt for heritage or pilgrimage destinations, as and when advised by the Doctors. The whole thing would save him a lot of money and he will get to discover India and at the same time would get opportunity to know the rich History of Indian Culture. 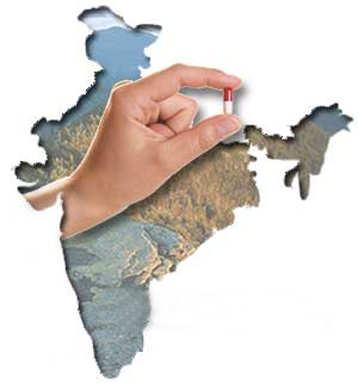 Advantages of Coming to India for Medical Treatment

In order to make the decision making process easier and truly empowering, WWW.MTMCGLOBAL.COM will allow you to connect and negotiate directly with the Hospitals and book Air tickets and Hotels as per your choices. Armed with extensive database, referrals, opinions and ratings of the facilities this one-stop portal will bring together and connect all the business establishments and related stake-holders with the end-user. This will not have the hassle of any middle-man from the process. The portal would aim to enhance the quality of the services and facilities by the service providers, ultimately benefiting the end users. 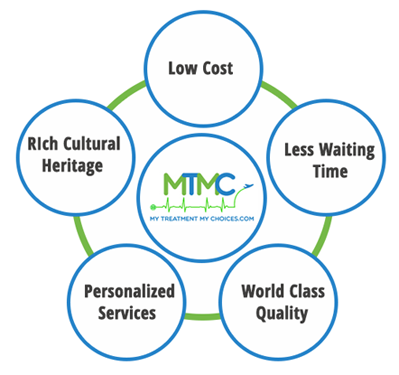 Within India, we have partnered with world-class private super specialty hospitals, which provide quality medical services at affordable prices for our clients. We have worked with these facilities to ensure that they will deliver a service that will meet your high expectations and our commitment to you. 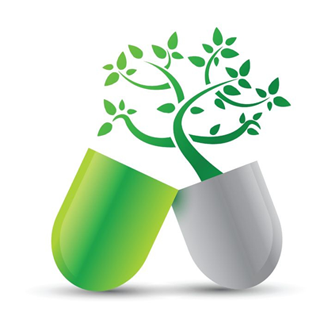 India is renowned for ancient alternative therapies such as Ayurveda, Homeopathy, Naturopathy, Yoga and Meditation, and Therapeutic Massage. Most of the modern day illnesses are caused due to Mental and Emotional Health condition. Lifestyle diseases are on the rise due to the sedentary and stressful lifestyles.

Holistic approach strongly believes in the role of mind and emotions in the health of an individual. Affections in any one of the spheres namely Body, mind or soul, affects the others too, irrespective of them being positive or negative. Hence the treatments prescribed are likewise.

NATUROPATHY- Naturopathy believes in Nature healing and self-healing. Naturopathic detoxification treatments like fasting and mud therapy, and naturopathic diet which is satvik, helps the mind and emotions stay clean and calm.

YOGA- Yoga helps to develop positive mind and emotions, and to keep them in a state of balance with Yogic techniques like yoganidra, trataka, meditation and pranayama like bramari, nadishodhana and ujjayi.

HOMEOPATHY - Role of mind and state of mind is given utmost importance in homeopathy. A person's general physical and mental makeup, the constitution is taken into consideration while prescribing for the ailments. Taking into consideration, the individuality of every person, understanding that every person is different from another, medicines are chosen to suit them in all dimensions to arrive at holistic health.

COMPLEMENTARY THERAPY - like reflexology, acupressure, acupuncture, auriculo therapy and many more, contribute a lot to the healing of body, mind and emotions.

NUTRITION AND DIET - A wholesome, nutritious and balanced diet comprising of adequate liquids, fresh fruits and vegetables and whole grains nourishes the mind as and body.

MTMCGLOBAL.COM is a healthcare information aggregator platform driven by technology, aiming to change the way global citizens seek treatment while helping hospitals focusing on their core job, outsourcing the allied services from MTMC.